What’s up, these are the kooks. Born and raised in El Porto, they’ve been surfing the world-famous break Shit Pipe since grom days. These guys have been taking a beating in the shore pound since they can remember so, as you can imagine, the...

What’s up, these are the kooks. Born and raised in El Porto, they’ve been surfing the world-famous break Shit Pipe since grom days. These guys have been taking a beating in the shore pound since they can remember so, as you can imagine, they know how to take a hit. Watching their home break get taken over by the steady stream of pollution is pissing the kooks off, and the recent take over by the greedy Lizard Queen has pushed it all to a boiling point. She’s taken her power from the righteous King Kook and is polluting the water with her money-hungry offshore drilling. Ready to take their beach, the kooks know the only way to save their wave is to restore power to King Kook, the question is how. 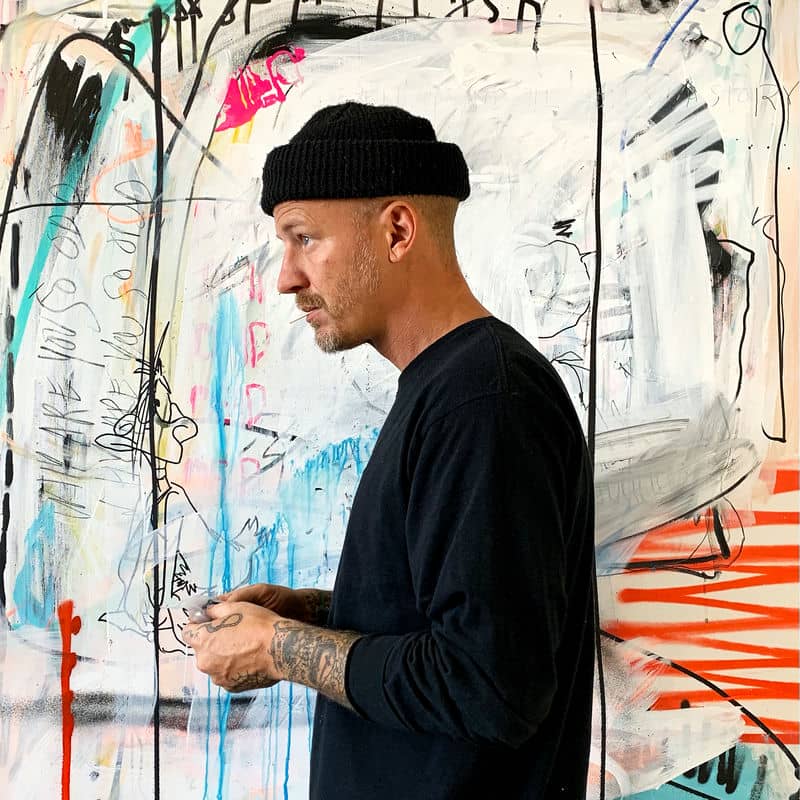 Born and raised in the Midwest, Terry grew up immersed in Saturday morning cartoons and collecting trading cards, falling into the world of visual creativity from a young age. Terry’s always been heavily influenced by West Coast skate and surf culture. While in community college, he decided to drop out to move to California in pursuit of becoming a pro skater. Interested in art, Terry started exploring painting and graffiti. While living and skating in San Diego, Terry was introduced to the world of DJing, and a new means of self-expression began for him. Terry’s DJ career brought him to NYC, where he started producing his own remixes and traveling the world. His remixes have received accolades from musical greats like Jay Z, Kanye West, Coldplay, and Drake. Years later, Terry grew tired of DJing and started exploring painting again. Since 2015 Terry has wholly immersed himself back into his artwork.

Terry Urban’s body of work is broad and well established, with his works selling for as high as $50K and collectors from all over the world, including a selection of celebrities and athletes. He has collaborated with brands such as Nike and Facebook, featured by prominent publications such as Rolling Stone and MTV. With a dedicated following and an established art style, Terry’s art prints are incredibly sought after and often sell out within seconds of being released. He has exhibited his paintings in many solo shows, including Solo Exhibition: Rhythmless, Dead Logic Gallery, Solo Exhibition: To Live and Die, Lake Affect Studios, Solo Exhibition: New York Wounds, Contra Gallery, Solo Exhibition: To Whom It May Concern, The Storefront Project. He is now living in a lazy California beach town where he surfs and paints every day.